Elance’s new Global Online Employment Report suggests that more freelancers are finding economic independence by seeking work outside of geographic areas hard hit by unemployment. Perhaps this is one harbinger of a future world of work, where more workers are not tied to any one employer or local economy. Elance isn’t the only marketplace for freelancers that is seeing trends like this. 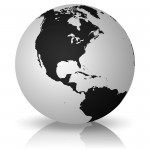 Some freelancers are finding their own escape from troubled local economies. Credit: Stock.xchng

Elance has seen triple-digit increase in earnings by freelancers in towns such as Southfield, Mich., where their earnings are up 316% since the same quarter last year–indicating that there’s a lot of freelancing going on. In Littleton, Colo., freelancers’ revenues rose 288%. Unemployment is above 8% in both states.

U.S.-based employers are the top source of work on Elance, followed by those in Australia.

There’s good news in the report for creative types. Demand has increased for those with skills in web design (up 574%), voice acting (up 295%) and content writing (up 256%).