5 Ways to Get Freelance Clients to Come To You

Freelancing can be a lot of fun if great, well-paying clients come to you, so you don’t have to  spend time continually marketing yourself. But many freelancers find it challenging to make this happen.

For advice on what employers seek in the freelancers they pursue aggressively, the$200KFreelancer sought advice from an employer known for treating freelancers very well. Scott Cullather is managing partner and founder of inVNT, a 30-employee live events agency with 5 offices in New York, Detroit, Washington, D.C., Jacksonville, Fla. and London. 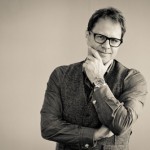 Cullather estimates that, over the course of a year, he hires about 100 freelancers to serve his clients, which include many giant corporations in the U.S. The company has about 30 freelancers who are so important to key projects that Cullather likes to lock them in ahead of time for three to six month commitments. Because they are so valuable, he makes it possible for them to obtain health insurance through the company’s benefits plan and will provide them with needed tools such as a PDA or cell phone. These folks are invited to important company meetings and parties, if they want to attend, as well as to fun events. For instance, Cullather recently invited four freelancers to a New York Women’s Foundation Event, featuring Hillary Clinton, for which tickets go for $1,000 a piece.

So what does inVNT look for when hiring these valued freelancers, who range from techies to web designers? Here’s Cullather’s short list of the qualities that put them in demand.

Outstanding performance. No matter what the discipline, Cullather looks for people who are at the top of their field. That means they are not only good at what they do but are consistently creative and avoid rehashing the same ideas that worked in the past. “If the quality of the work you do isn’t of a certain level, then you’re not the right fit,” he says. (Newbies: If you’re just starting out, this feedback should be an incentive to keep looking for opportunities to hone your craft, whether it is through work assignments with clients who have high standards or through classses that will help you raise your game).

Enthusiasm and passion for the job. “Behavior is infectious,” says Cullather. “When you’re positive and enthusiastic, that’s a really important piece of the equation.”

A knack for collaboration. “Often times, freelancers are brought in at a very senior level,” says Cullather. “They’ll have full-time team members reporting to them.” Cullather looks for freelancers whose management style fits into the company’s culture, which downplays hierarchy in favor of fostering creativity and innovation. Someone who is a prima donna, he says, “is not really right.”

Because some freelancers interact with the firm’s clients directly, Cullather looks for people who know how to handle such relationships professionally. “While they may not own the entire project, they are representing our brand and relationship,” he says. “They have to have certain skills around how to act and how to represent themselves and us in front of clients.”

An ability to meet deadlines. “Often times, people freelance because they have a lot of flexibility around their lifestyle,” says Cullather. He understands that. However, he’s got a business to run and needs to count on them to deliver their work on time. “It is uber critical that they be able to hit those deadlines,” he says.

Great references. When inVNT gets referrals to new freelancers, it checks in with previous agencies where they’ve worked and even clients they served for those agencies–through both direct and indirect references. “Its one thing to say I worked for XYZ agency and give a reference,” says Cullather. “If you’re able to get to XYZ agency’s client and get a [positive reference] second hand, that really seals the deal.”