As painful as taxes are for most people, they are worse for freelancers. Let’s be right up front about that. Not only is the record-keeping worse, but as a self-employed person you are responsible for paying the employer and employee portion of the Social Security taxes. I don’t know about anybody else, but the first year I was a freelancer and realized that my effective tax rate was going to be close to 50%, I considered quitting freelancing and running for Congress. I thought the better of that move. You can actually earn more as a good freelancer for a lot less grief.

How One Freelancer Built A Multi-Million-Dollar Business 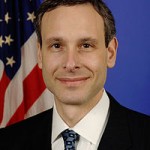 I once knew person who worked for the IRS: he kept his employer a secret. Commissioner of the IRS Daniel Shulman probably doesn't give out his home address, either, but Wikipedia has his photo..

Over the years, I have learned a good bit about doing my own taxes as a freelancer. For instance, I have been working on an MFA at George Mason University. A few years ago a light bulb went off: I could deduct those education costs as a business expense. Because you can deduct your expenses from your gross revenue, it’s really, really smart to keep good records and think hard about what it takes to keep your business running. New computer? Deduct it. Office renovation? It’s high on my list of home projects because I know I’ll be able to deduct the costs.

I asked my accountant, Sandy Sewall, to send via e-mail a few basic thoughts for freelancers in the throes of doing their taxes. Sandy gave me a stellar pieces of advice that have helped a lot with my business record-keeping this year. A few years ago I started a separate business credit card, which is a convenient way to keep track of expenses (I look at the year’s statement every spring.) Sandy suggested establishing a separate bank account for my business, too. Every few months, my husband (who does our family bookkeeping) shifts money into it and I write any checks that I need to out of that account.

After those two changes, I can count on one hand the number of hours I spend working on my taxes, which is still too many, but not as bad as it used to be.

Here are four other tips that Sandy suggested:

• Only report the income that you actually brought in in 2011. If you billed someone in 2011, but didn’t get the money in until 2012, you don’t need to report it in 2011, you can wait until 2012. Individuals are cash basis taxpayers, you don’t pay tax on it until you actually see the cash.

• If you are interested in retirement funding consider a SEP. The maximum SEP that you can make is based on your net income (20%) and you have until the filing deadline to make your contributions, including extensions. Thus you can make your SEP contribution using your tax refund and have until Oct. 15th to do it.

• Self-employment tax is 13.3% in 2011; it is calculated on the net income. Be reasonable with your expenses but make sure to capture all of them. The penalty for not including them is increased self-employment tax.

• Due to April 15th being on a weekend and the Monday after it being Emancipation Day (celebrated in Washington, D.C.!), federal tax returns are not due until April 17.

Do you have any tax tips you can share with other freelancers?