Prepare for the Brave New Freelance Economy: A Visionary’s Tips

Wondering if freelancing is a fad that’s going to disappear when the economy rebounds? Thomas Fisher, Dean of the College of Design at the University of Minnesota, will change your mind. In a recent article in Public Sector Digest, he describes a future in which nearly half of the workforce will be made up of temps, freelancers, contractors and the like–by 2020. 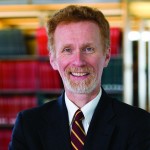 “The rapid rise in the independent work force is below the radar screen, not only for corporations but also for economists,” he told $200KFreelancer this week. “They’re focused on stimulating job growth in the corporate or manufacturing sector but don’t realize there’s this rapidly rising sector.”

One thing powering the growth of freelancing around the globe is new technology, notes Dean Fisher. It gives freelancers an ability to live almost anywhere and to find a global market for their services and products.

With freelancers expected to outnumber those with traditional permanent jobs by 2030, according to his article, we’d all better be prepared.

Here is his advice for thriving in the new economy.

Decide how specialized you will be. Some freelancers prefer to deliver a “high touch” service where they work directly with local clients. Others would rather focus on a very specific niche and market their service around the globe. For instance, Dean Fisher knows of one freelancer who left a corporate architecture firm because he wanted more control over his life. An expert designing clean rooms in laboratories, this indie professional built a business in that micro niche–and now has clients around the world. Part of creating a thriving business will be deciding how you will focus your efforts.

Technology has now opened the door for freelancers to tackle pursuits that were once reserved for big business, he notes. For instance, if you’re a jewelry designer, digital manufacturing technology can enable you to scale up your company from home.

Cultivate your professional network. “There’s a rise of virtual firms where people with specialized knowledge will network together to do a project and then disband,” he says.

Building strong alliances with other freelancers will help you tap into a pipeline of projects. “Be sure that what you have to offer is known out there,” advises Dean Fisher. “There is a constant need to network not only with colleagues whom you might partner with to do certain kind of work but also with potential clients who have a need for that kind of work.”

Case in point: “In my field,” he says, “there’s a virtual network of architects who have their headquarters in theory in Minneapolis. It includes people working in Southeast Asia, China and Europe.” They put together teams that offer clients 24-hour production services, with those in the U.S. working while the teams abroad are sleeping and vice versa. This gives them a competitive advantage. “One of the abilities of putting together these global networks is the ability to super fast track projects,” he says.

And it points the way to another growth area in the economy: Assembling and coordinating freelance teams. “I think that’s going to be a big business,” he says.

Get back into learning mode. If you’ve become an involuntary freelancer, because you lost your job, it will be easier to succeed and earn a good income if you dive into picking up the skills you need, from marketing your services to mastering digital technologies.

Sometimes, cultural barriers can hold people back from embracing freelancing, he says. This is sometimes true for men who’ve lost corporate jobs, he says. “I think the idea of moving up the corporate ladder in some ways reflects a male perception of work,” he says. “You get in, you work your way up in a company, you retire as senior VP. That world is quickly disappearing.”

While women juggling family responsibilities generally find cultural acceptance in building careers around flexible options, doing so is perceived differently for men–and by men more accustomed to a traditional corporate track, he notes. “Some men are having trouble adjusting to the more flexible dropping in and dropping out that women have done for much longer,” he says.

The remedy? Get over it, he says. He believes that the old corporate way of life is fading, and new forms of earning a living are replacing it. “The future of the global workforce is going to be much more networked, small-scale, freelance and fluid,” he says.

Freelancers may need to adjust their self-image to one that’s based more on whether they do satisfying and meaningful work than on how big a house they have as they start their businesses, he says.

College students can be good role models on adapting to–and embracing–the changing economy, he notes. “I think there is much more acceptance among men and women that they will probably have multiple careers and work in various ways,” he says.

Many college students are excited about how much flexibility they will have in where to live–whether it’s in a city or a remote college town–because of the digital revolution, he says.

“It’s not like they’re being transferred by a big corporation,” he says. “Some of my students have seen their parents live that way, and they don’t want that life.”