1. Coffee or wine with that just-starting-out freelancer who wants advice.

We all want to be helpful, and in fact I got some really great help from established freelancers when I was starting out. But you’ve got to set limits on the number of free hours you contribute to other freelancers if you’re going to be pitching and writing stories and projects.

Careful, though: This doesn’t apply to networking with other established freelancers. There’s almost no limit to the value of networking time. 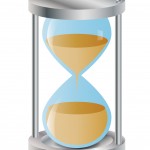 Free more time for fun by getting more from your working hours. Credit: stock.xchng

As a beginning freelancer, I spent a lot of time in the bookstore and bought stacks of magazines, trying to figure out which I was going to pitch. Guess what? I ended up pitching one or two, but never got a piece published in any. Rather, I found regular outlets without exception via contacts in the industry, with a handful coming from places like the Media Bistro Freelance Marketplace and LinkedIn.

You know the sites that suck you in. This is as opposed to the real break, which can be on or offline, that allows you a laugh, or to move, or to refocus your energy. (See our post on Powering Up Your Productivity By Leaving Your Desk.)

4. Spending time thinking about what you’ve given up

Just after I decided to leave my job as managing editor of Crain’s New York, but before we’d left New York City, I found myself at a breakfast with Tina Brown, who was still only a few years out from the sudden cancellation of Talk and in the middle of a lukewarm success with a series of talk shows on CNBC. (This was before she started The Daily Beast). The question came up: How do you cope with a failure or a change that makes you feel like you’ve taken a step back in your career. I related, because I realized I’d soon be in the trenches, pitching stories after many years of being on the receiving end of those pitches. She said, simply, that you have to tell yourself to “Get over it.”

One of the biggest time wasters for freelancers is stewing about what you’ve left before or what you were before. Get over it, and get moving.