What 3 Late-Blooming Stars Can Teach Freelancers

Maria Klawe, Charlotte Rogan and Kathy Martin don’t make their living as freelancers. Klawe, 60, is the mathematician who runs Harvey Mudd College and is leading a big push to encourage young women to learn computer science, as the New York Times reported this week. Kathy Martin, a 60-year-old real estate professional, has become one of the best female distance runners in the world in her age range–after discovering she had elite running talent in her late 40s. Rogan, 57,  just released a celebrated first novel, The Lifeboat, a project she had hidden in a drawer while raising her triplets. 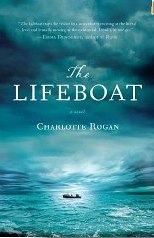 While their paths may be different from those of the average freelancer, their stories carry important and inspiring lessons for both newbie and more established professionals hoping to make their mark.

It’s never too late to start. Martin devoted herself to a real estate career and raising her children for many years, as the Times reported. A tough jog with her husband inspired her to get in shape, and she soon discovered a talent for running. Since then, she’s found that there are many records waiting to be broken–and is going after them, despite the fact that she got started after the ideal age for competing in certain races. If you’re a freelancer who feels like you’re entering the “race” late, her story offers plenty of inspiration. You may have missed out on some opportunities because you didn’t get started in your 20s, but there are many ahead. And today’s digital technologies have made it easier than ever to break into freelancing. If you don’t have any clips, put up a blog and start posting. It’ll pave the way to other opportunities.

You don’t have to do it the traditional way. One of the beauties of freelancing is that you can work at your own pace, in the way you want. That’s what Charlotte Rogan did. She started her novel more than 10 years ago, then tucked it away. She never attended a prestigious writing workshop. As an undergraduate at Princeton, she was fascinated by architecture and engineering and only discovered fiction writing at a class at City College in New York. Instead of having lunches with friends, she carved out time to write while her kids were in school. With her triplets grown, she recently got back to work on her novel–and sent it to an agent. It was published recently by Little, Brown & Company.

Fight the imposter syndrome. Early in her career, Dr. Klawe found that her career played second fiddle to that of her husband, Nicholas Pippenger, also a mathematician. She felt that she was only hired at the IBM Almaden Research Center in the 1980s “so they wouldn’t lose Nick,” as she told the Times. But she persisted in her work and in 2002 was recruited by Princeton as dean of engineering and applied sciences. Her husband joined her there. “By the time we went to Princeton,” Dr. Pippenger told the Times, “it was clear that they were hiring me because they really wanted to get to Maria.” Then, in 2005, she was recruited to run Harvey Mudd.

Her secret: She didn’t give in to the “imposter” syndrome. Most of us have had the feeling at times that we’ve been in over our heads in professional situations where others seemed to have better credentials or connections or fit a particular image. Maybe we’ve gotten an assignment from a very prestigious client or worked alongside someone who is known around the world as a leader in a particular field–and felt very intimidated. Dr. Klawe faced that, too, as a woman in a male-dominated field during less enlightened days.

But as her friend Jennifer Tour Chayes, who is managing director of Microsoft Research New England noted in the Times article, “Women are often questioned, and then they take the impostor syndrome as their inner voice, as proof they shouldn’t go on. What they need to know is that women like Maria also had that inner voice, and luckily, they went on and look how they’re doing.”

Imagine what you can accomplish if you ignore that inner voice, too.