Tempest In a Times Story 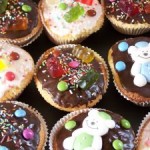 A few weeks ago Elaine wrote about the hilarious New York Times story that detailed the trials of being a cookbook ghostwriter. The story’s gone on to become the target of flaming social media posts by the celebrities and celebrity chefs mentioned in the story, who apparently wanted everyone to believe that they penned all those thousands of recipes themselves.

Come on. I don’t think there’s anything wrong with acknowledging a collaboration between a writer and someone who doesn’t have the skill set required to write, or doesn’t have the time to put into the  thinking and the rewrites necessary for good piece. The celebrities who want to lay claim to producing all those volumes of words just on their own are denigrating the amount of time and effort that go into good communication.

For instance, Rachael Ray tweeted the following to her 572,000 followers, “@nytimes Diner’s Journal gets it wrong- AGAIN. I celebrate & value stylists, photographers, editors. I also write my recipes alone,” according to the Columbia Journalism Review.

CJR details the tempest in this story, which goes into the interesting differences in language between newspapers and social media, and discusses how, at the moment, social media’s blatancy is trumping newspapers’ subtlety.

More explicit language use would give newspapers the best opportunity to shape discourse before it’s aggregated by sites whose superior mastery of click bait knocks newspaper links down the Google results page. Though this reporter admits she would be sad if a source “did not respond to calls or emails requesting a comment” no longer meant, to insiders, “she thinks the source is a jerk.”

The question on my mind at the end of all of this is whether Julia Moskin, who wrote the New York Times story, has effectively banned herself from the business of ghostwriting.

If you’ve done any ghostwriting, have you considered one of those kiss-and-tell stories or books? Tell us in the comment area.