5 Signs Freelancing Is A Wave Of The Future 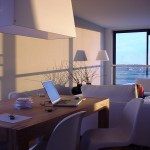 Even if your home office doesn't look like this, you're probably happier with your career than corporate counterparts. Credit: Stock.xchng

1. A Pew Research Center survey found that self-employed workers are “significantly more satisfied with their jobs than other workers. They’re also more likely to work because they want to and not because they need a paycheck.” Pew reports that 39 percent of self-employed workers are “completely satisfied” with their jobs, compared with 28 percent of workers in wage or salary jobs.

2. Increasingly, there is a job path. That’s probably our number-one message here at 200K Freelancer: It can be a living. Freelancing used to be the choice of last resort for people who were laid off (and the rolls of freelancers still rise in bad economies). Now, more people chose to remain a freelancer. They build up to a living wage, or even to establishing fast-growing businesses, like the freelancer in this story: How One Freelancer Used Google AdWords To Build A Multimillion Dollar Business. More than one in five independent contractors work in the high-paid fields of management, business, or finance, says Jeffrey Eisenach, a Washington, D.C.,-area economist in this white paper on independent contractors.

3. The number of independent contractors was unchanged from 1995 through 2001, at roughly 8.5 million, but rose significantly to 10.3 million in 2005, the last date for which data is available. Eisenach is quoted in this story as saying that the number is up 1 million since 2005.

4. The world of freelancing increasingly looks like a rich ecosystem. There are online services to link you with jobs, blogs to support your aspirations, coaches to help, and technology specifically designed for you. Here’s one interesting blog by futurist Joel Kotkin, who says we’re growing into a 1099 economy.

5. Speaking of 1099s, there’s a small and increasingly powerful group of organizations that offer support for freelancers – and, in some cases, lobbying on issues of importance (like, in the past year or two, repealing the lower limits that trigger the 1099 form). Those organizations include the Freelancers Union (which is linked to Democratic politics and offers a health plan for freelancers); The American Society of Journalists and Authors; the Society of Professional Journalists; and, more on the pr side of the house, the Association for Business Communication. See a larger list here.

Six Questions to Determine if You Are Cut out for Freelancing

Confessions of a Multi-Tasker

5 Must-Read Sites for the $200K Freelancer