She Traded Corporate Life for Freelancing–and Loves It!

Debbie Feldstein spent 25 years in an enviable career at the New York Emmy Awards. She worked her way up from secretary to executive director of the nonprofit, which recognizes excellence in TV programming. She spent a decade at the helm there. But eventually, Feldstein yearned to try something new. When her parents passed away, she used her inheritance to take time off from her career and figure out her next steps. 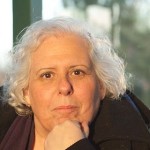 Looking at employment listings in her longtime field of association management made her realize she didn’t want to go back to what she’d done before. She came to an important realization: “What I really wanted for the second half of my life was to work solo,” she says. “I was absolutely ready to answer to myself, to be my own boss, and, most importantly, to benefit directly from my efforts.”

Feldstein also wanted more of a professional identify outside of a single employer. At the Emmy Awards, she says, she was so deeply involved in the organization that her identity in the world became blurred with her role there. “It wasn’t me that was important, it was my title that was important,” she says. Being a freelancer, she realized, was a chance to express who she was.

That was 12 years ago. Tapping her skills in writing press releases and other materials for the Emmy Awards and her ready wit, she built a thriving career in New York City as a freelance copy writer using the site Elance–writing everything from web content to books–and has never looked back. “It sounds hokey, but freelancing is the most challenging and rewarding work there is,” says Feldman, who is owner of Creative Blocks Editorial Services.

How did she maintain her staying power in freelancing, despite all of the ups and downs of the economy since she started? Here are a few strategies she shared with the $200KFreelancer.

Learn how to keep anxiety and depression at bay. It’s natural to feel worried if work is slow, but don’t let a rejected pitch or lost bid derail you. “Spend a day being depressed about it. Then, the next day when you wake up, say `I’m going to redouble my efforts and do things I don’t like, like job hunting online or networking,'” she recommends. The key is to focus on things you can control. “The essence of depression is inactivity,” she says. “You’re reacting to something outside of you. If you’re proactive, it’s impossible to be depressed. You’re doing something.”

When the economy contracts, there may be times when you think there’s not enough work to go around. That’s a fallacy, she says. “The world is filled with freelance assignments for all of us,” she says. “There’s no shortage of work.” The key is to avoid taking jobs you’re not good at because you’re fearful of what the economy may bring, she says. You won’t feel good about your performance, and clients won’t be happy with it, either. “You have to find the work that’s right for you.”

Find ways to create spin-off projects. Feldman has learned one secret to building a constant flow of work: Suggest ways for clients to build on existing projects, creating new opportunities for herself. For instance, when she won a gig writing 24 emails for one client, she asked, “What if it were a 52-week series?” The client liked the idea–and it resulted in more work for her.

Many times, clients aren’t aware of all of the possibilities for a project, so don’t be shy about offering your ideas on how to make it better, she suggests. “People are eager for your input as a freelancer,” she says. “You’re the expert. You have a great deal to offer that someone is looking for.”

Build your personal brand. Each freelancer has something unique to bring to clients, so take time to identify your strengths and use that information in bidding on work. On a site like Elance, it may be hard to compete on price against creative professionals based in countries where going wages are much lower–so don’t even try, she recommends. Instead, play up what you have to offer. “American writers will always be in demand,” she says. “We’re expensive but we’re universally respected.” When bidding on Elance, she says, “I’ve learned to say `Hi from New York City, the media capital of the world.'” But you don’t have to be in New York City to use the same approach, she says: “For people who are not in a major metropolitan area, it’s `Hello from the Heartland.'”

“Show who you are and what makes you unique,” without dismissing other freelancers, she recommends. That’s what freelancing is all about.